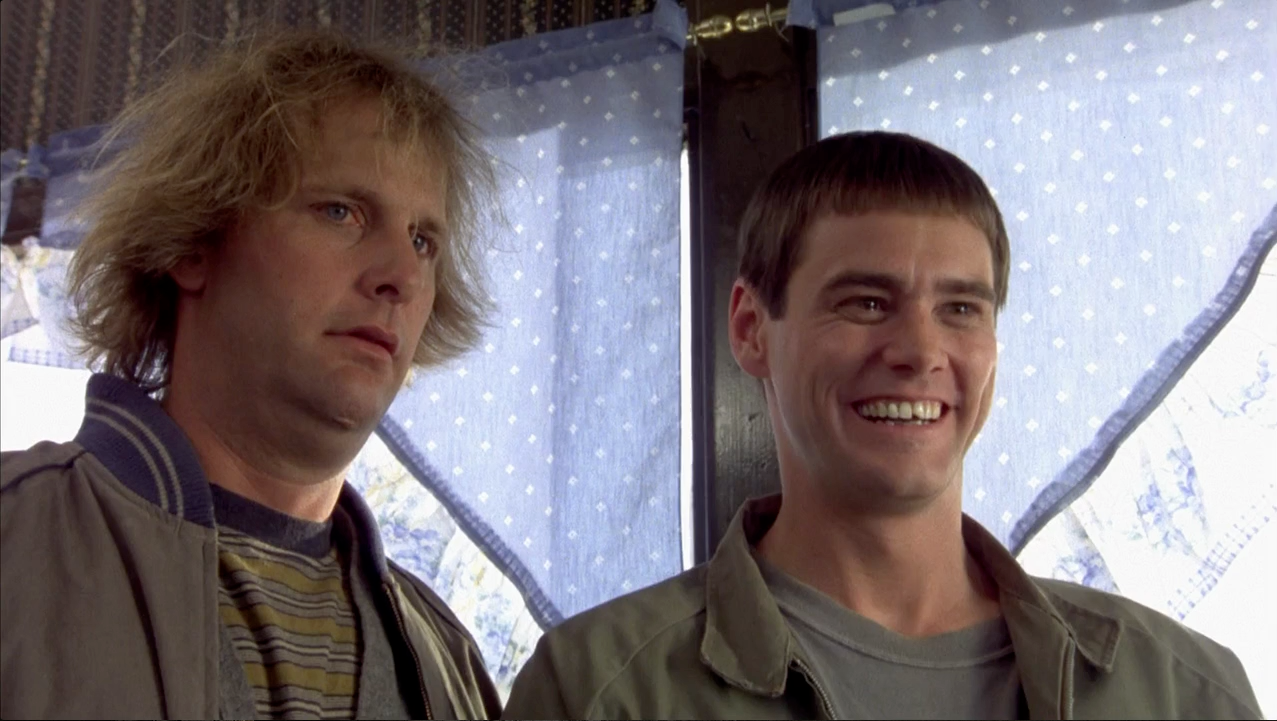 IE has has been the center of ridicule for quite some time – just or unjust depending on who you ask. A new report came out this week from consulting firm AptiQuant that may back up the jokes even further.

The report suggests and actually does a good job of proving that IE users aren’t as smart on an IQ level compared to users of Firefox, Opera and Chrome. I know that from my experience when debugging support tickets the IE demographic is the hardest to communicate with so I do have to personally agree.

The test was conducted like this: AptiQuant offered online IQ tests to over 100,000 peopl and then charted the results based on browser preference. Simple.

The results were quite staggering showing that IE users of ALL version performed the poorest of all browsers tests. Teh oder the version of IE – the lower your IQ. IE6 and & users barelyu averaged over a score of 80 and IE8 and 9 scored around 90 and 95.

Firefox came in after IE, followed by Chrome and Safari. To my suprise the brightest user base turned out to be Opera who averaged just under 130. 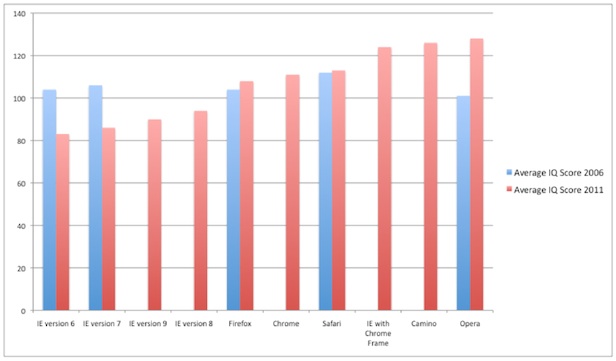 You’ll notice they measured these results against 2006 results with a conclusion that IE users have dropped on the charts over the past 5 years.

The study showed a substantial relationship between an individual’s cognitive ability and their choice of web browser. From the test results, it is a clear indication that individuals on the lower side of the IQ scale tend to resist a change/upgrade of their browsers. This hypothesis can be extended to any software in general, however more research is needed for that, which is a potential future work as an extension to this report.

We know that not ALL people who use IE lack intelligence but this study definitely makes you wonder. I think people who have enough smarts to think outside the box utilize a different browser than that which came with thier OS definitely possess a better computer related smarts but who would have thought its was overall IQ.

IE is a “dumb” browser and has been for many versions. Ask any developer and they will tell you how restricted your web browsing experience is both visually and performance wise. IE is the target of almost all browser hi-jacks and malicious toolbars/adware and it’s definite lack of support for the modern web languages of HTML5, jQuery and CSS3 leave you infected in the stone age.

Do yourself a favor and install Firefox or Chrome and welcome the advancements of modern web browsers.

Amortech delivers websites to the Calgary area that are tested on all major browsers INCLUDING IE so as a client you can be sure your site has maximum exposure.

Cloud Hosting – Paving the way for a flexible business

Cloud Hosting – Paving the way for a flexible business